The development of the internet today, e-marketing is a new form of business in marketing products or services and building communication with consumers through social media. The use of social media marketing as media communication in marketing is influenced by the more fast development of communication technology, especially the internet. Over time, Instagram, which is one of the social media that is currently trending used as a place to the promotion of various forms of business, many forms of the business are promoted via social media Instagram that is an effort Culinary and social media technology are also a means of connecting in increasing moderation in the economy. Development SMEs being one of the pillars in supporting the economy of the region, region, and country, it is necessary to promote small and medium enterprises, one of which is through social media Instagram through the food blogger account that can be accessed by the whole community. Destination study this is for knowing how to influence promotion food blogger The sample is @kuliner_lampung on Instagram social media and find out if promotions are through food bloggers @kuliner_lampung could improve the development of SMEs, especially in the sample of this study, namely culinary. The type of research used in this research is descriptive qualitative research in the study in form of results Interviews with 8 . sample SMEs in way Halim in observation or observation. The technique used in the sampling of this research is a purposive technique sampling, the criteria for respondents who became the sample in this study were respondents who had Small and Medium Enterprises (SMEs) especially culinary in Way Halim District, Bandar Lampung which is a user Instagram and those who promote a product or the restaurant through account food bloggers. Based on the results obtained from interviews and observations regarding promotion through food bloggers and interviews with 8 SMEs culinary in way Halim, could be concluded that occur an increase in sales turnover in the 8 SMEs. Promotion via food blogger @kuliner_lampung over and over again in accordance needs, because feel effect which positive after promotion, the business owner earns more profit than usual and can continue his efforts. Indications of equity in economic moderation through welfare can be seen from the increase in the income of SME economic actors, social media is used as a promotional platform that is cheap, easy, and can achieve access to all lines, making social media one of the links in increasing economic moderation. 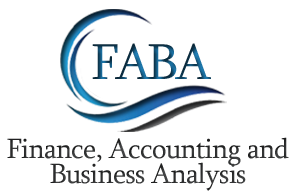